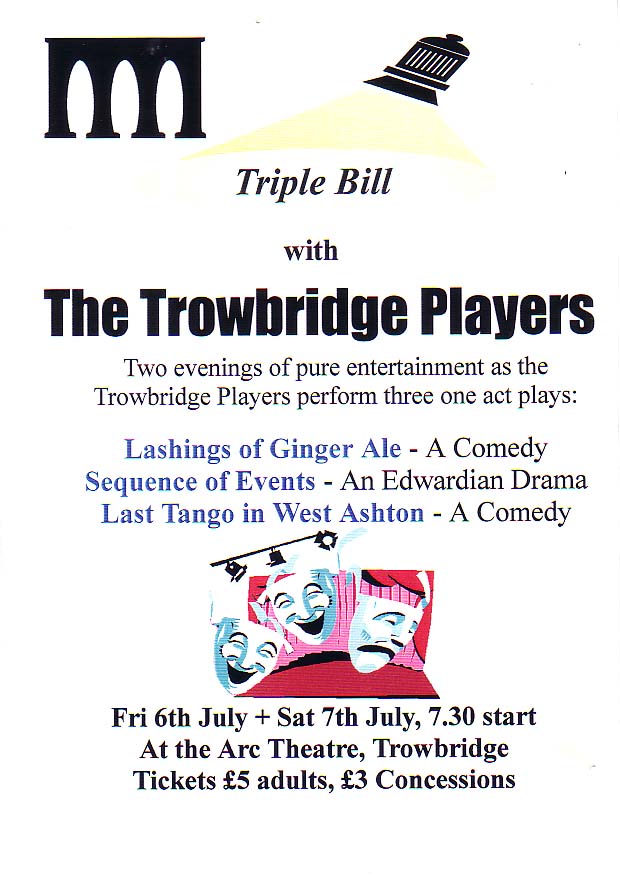 A deliciously funny parody of those Enid Blyton children’s stories of yesteryear.

On a stage divided into three sections, a hangman reflects on his latest job whilst waiting for his train home, the hanging of a young man who murdered a prostitute. Going back in time we see the run up to murder and the crime itself. We see the devasting effect it has on the murderer’s parents and the smothering love of the young man’s mother which seems to have led to the crime being committed in the first place.

Dilton Marsh Amateur Dramatic Society is in trouble. The membership has dwindled to four – the audiences aren’t much bigger – and if they don’t come up with some rent money soon, they’re going to be thrown out. “There’s only one thing that sells tickets these days” argues Gordon the Chairman. “Sex!” . Thus begins the chaotic and hilarious build-up to an evening of extraordinary home-grown drama – an evening the locals would never forget!