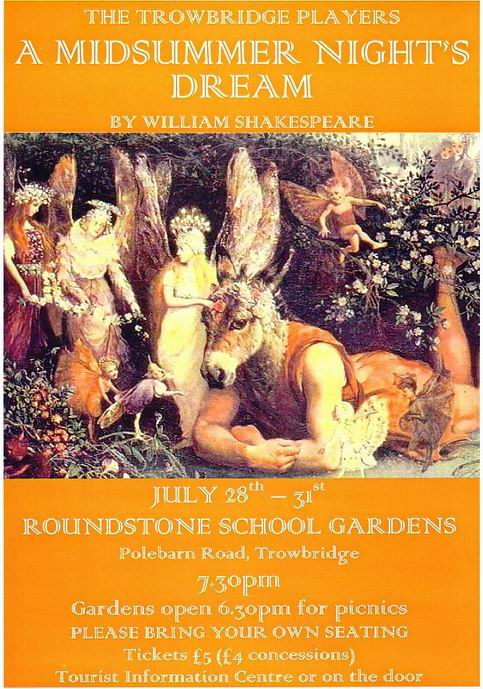 “A Midsummer Night’s Dream” deals with the universal theme of love and its complications: lust, disappointment, confusion, marriage. The plot focuses on three parallel stories: the trials and experiences of two sets of lovers camping in a magical forest, the world of the Fairy King and Queen and their elves, and a group of rough craftsmen attempting to stage a production of “Pyramus and Thisby” for the wedding of the Duke of Athens.

Hermia is in love with Lysander, but her father wants her to marry Demetrius. To escape the arranged marriage, she and Lysander elope into the woods. Demetrius follows them, and he is pursued by Helena, who nurses an unrequited passion for him. A love quadrangle develops among the young lovers when mischievous Puck plays Cupid. “The course of true love never did run smooth” says Lysander. Meanwhile, a group of amateur actors rehearses a badly-written play in the woods, and soon all find their lives changed by the doings of Oberon and Titania, the warring king and queen of the fairies. Magic, action, love and humor are the ingredients for this unforgettable spell.

Hippolyta, Queen of the Amazons

Philostrate, Master of the Revels

Lysander, in love with Hermia

Demetrius, in love with Helena

Helena, in love with Demetrius

Oberon, King of the Fairies

Titania, Queen of the Fairies