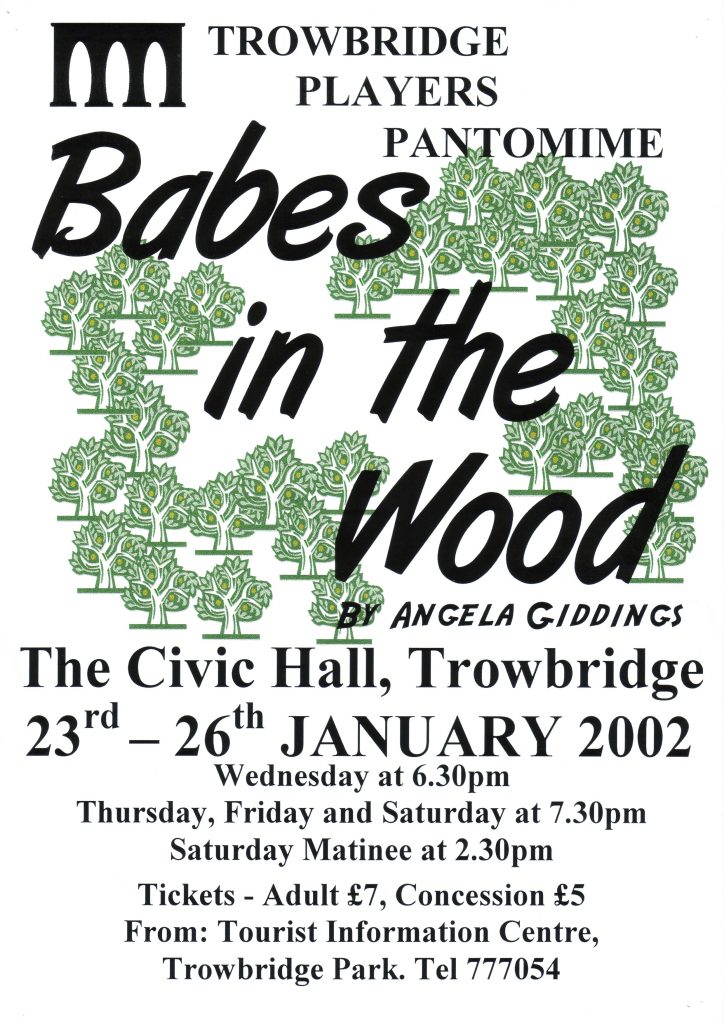 Babes in the Wood by Angela Giddings

With their Father away at the Crusades with King Richard, the Babes, Rosie and Pete, are left in the ‘care’ of their Uncle, the wicked Sheriff of Nottingham. As he plots to rid himself of the helpless children, inherit his brother’s fortune and marry his ward Maid Marion, he appoints a new nurse, Nanny Dora, who he will blame for the disappearance of the Babes. But he has not taken into account the brave Robin Hood and his band of merry men. Cheer the goodies and boo the baddies in our traditional family pantomime.