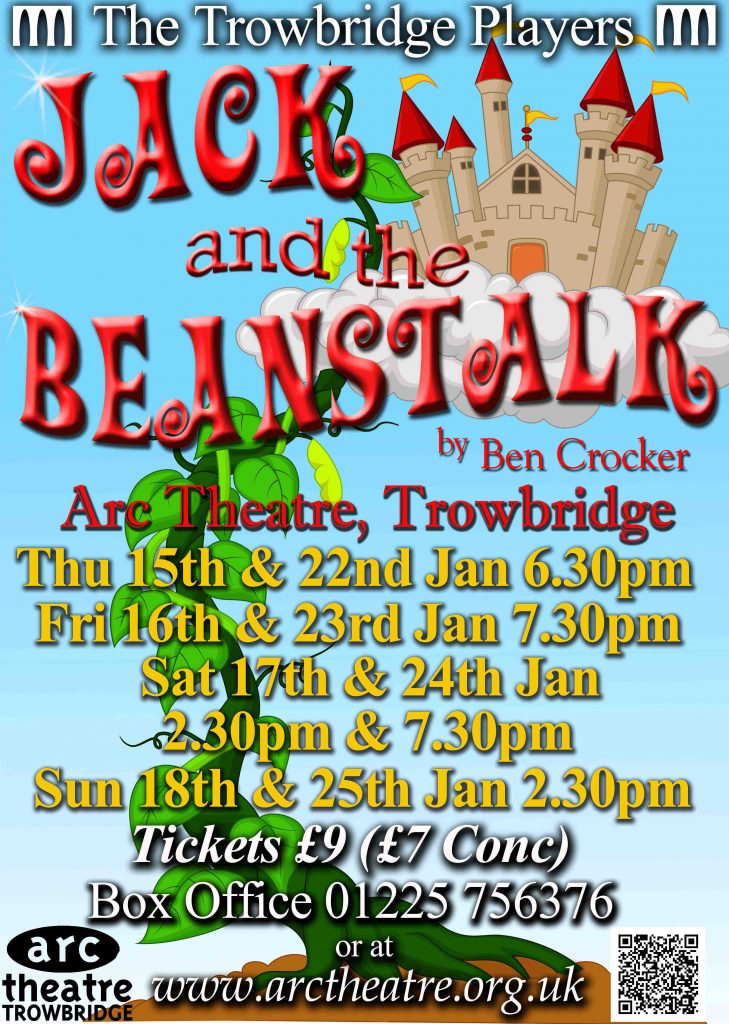 Jack and the Beanstalk by Ben Crocker

Jack is a young, poor boy living with his widowed mother, Dame Trot, and Daisy the cow, at a farm cottage. The cow’s milk was their only source of income. When the cow stops giving milk, Jack’s mother tells him to take her to the market to be sold. On the way, Jack meets a Slimeball who offers Jack magic beans in exchange for the cow, and Jack makes the trade. Slimeball also kidnaps King Betram’s daughter, Princess Demelza, for his Master, the giant Blinderbore. When Jack arrives home without any money, his mother becomes angry and disenchanted, throws the beans on the ground, and sends Jack to bed without dinner. During the night, the magic beans cause a gigantic beanstalk to grow outside Jack’s window. The next morning, Jack climbs the beanstalk to a land high in the sky to not only rescue the Princess but to gain his fortune.